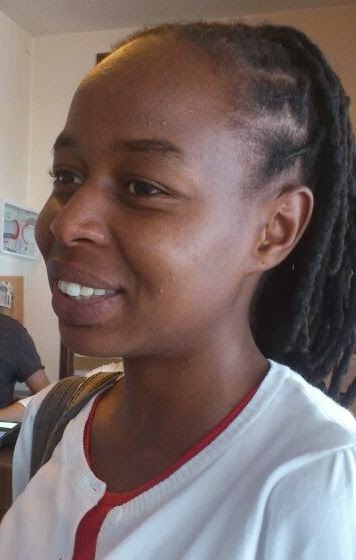 Children born in Africa are born in a continent endowed with natural beauty and scenic features that simply make for beautiful post card pictures. When these children get to school going age, they go through school and learn that Africa is a 3rd world continent in History class. This definition stays with them through their young adult age, well into adulthood and even as I write this Africa is still referred to as a 3rd world continent. The question begs why.

There can’t be development without freedom, and there can’t be freedom if only but a few Africans ‘own’ Africa. The few Africans I refer to here are the ones who own the means of production, the ones who make policies, the ones who have access to the best facilities, the ones who own the government of the day.  It is a known fact that all African countries gained freedom from the colonial masters years back but are they really free? Is Africa really free enough to develop into a self-sustaining continent? A continent that is stubbornly girded by poverty, disease, hunger, corruption and the paradox ‘youth are the leaders of tomorrow’ is a continent that has enslaved itself and is far away from the terms freedom and developed.

Young people make the highest percentage of the population in African countries and as such they play a big role in this discourse. One of the major reasons why Africa is yet to develop is because the youth have been excluded from the nation building process. I use the term ‘have been’ here loosely because it is about time we agreed that the youth, by sitting comfortably on their backs have excluded themselves from the process of building Africa. While they can’t be faulted fully for this they have also played a part in it whether subconsciously or consciously.

Growing up hearing those who preceded them say that the youth are the leaders of tomorrow instilled in the African youth a laid back position where matters of the state are concerned. We are sitting comfortably waiting for ‘tomorrow’; a tomorrow that we all know is not even in our line of vision. The young have let other people actively make decisions on their behalf, enact policies, set up institutions, (mis)appropriate finances and when things turn out negative they go on social media and make all sorts of noise. Now, this noise is appropriate but that energy could have been channeled in preventing these problems from happening in the first place. By simply being actively involved in the process of building Africa.

The young people in Africa must step up. They must first of all own Africa, their countries, and the process of building their Africa. Anybody who owns something goes an extra mile to take care of it. Similarly, they must take the term, say Nigerian, from a mere identity term in their ID cards to their ‘own’ identity and act like it.
By doing this they will challenge the status quo that exists to enable the government members and other elites to continue amassing wealth at the expense of the other members of the community. They will actively be involved, they will force their way in the ownership and will not let the governments hoodwink them by setting up youth funds and other youth initiatives that simply don’t address the existing problems.

After stepping up and owning the process of building Africa, the youth must think outside the box. They must think global but act local. This being an information age, they must seek for current relevant information and use it to address existing problems in the community where they live. If it is a drainage problem in the village how can it be solved and prevented from recurring? The internet is a great source of information that the African youth must harness. Whether accessing it via cell phones, personal computers, laptops or cyber cafes we must agree that it is easier now for any young person in Africa to access the internet and they should use it constructively rather than swallowing up massive amounts of information just because they can access the internet. Via the internet they can also forge important networks with other young people across the globe who are actively involved in the process of building their countries and from whom they can learn and exchange ideas with. It is no longer a wide world but a global village where people thrive on purposeful partnerships.

Of course every young person wants to have a stable source of income and take care of themselves. Money is an important part of this equation that is ‘globalization, development and the youth’. While addressing the problems in their community, the youth must think sustainability. They should come up with projects that do not necessarily call for international donor organizations but which can sustain themselves and the people involved. The word we are talking about here is Social Entrepreneurship. Rather than giving a hungry community food handouts, why don’t you look for ways to set up agricultural projects that will see the community produce its own food. This sort of project makes it possible for people to be actively involved and it secures their future. This might explain why there are so many NGOs working in Africa now and yet we are still ‘developing’. The youth must, as such, come up with projects that will lead the community into sustainable development.

This sustainable development process must be youth led. The term ‘youth’ here is an umbrella term that includes all genders. Another major hurdle to development in Africa is the gendered attitude that most Africans approach it with. Some things are preserved for men, some for women. If we are to drop such labels as ‘developing’ ‘dark’ ‘3rd’from being associated with Africa then we must also drop archaic beliefs and practices that stratify society and roles in terms of gender. If it belongs to us all then we will all equally work towards making Africa a developed continent and an equal participant in the global village discourse.

This is not to belittle the efforts that have been made by some African youths who have and continue to work tirelessly to bring development to Africa. We have seen them in the community, they juggle school and community work, we see them online trying to stir conversations and make relevant information available to young Africans and we see them in the streets when the situation calls for agitation. We appreciate their efforts but it being the 21st century we must all step up and take personal responsibility for our Africa; we must own it. But until we all turn to the mirror and see them, these community actors, our children’s children will still sit through History class and learn about that 3rd world continent.