DEVELOPMENT FOR ALL (DFA), TOGO

Introduction
DFA (Development for All) was founded in Lome, Togo on 16th January 2008. It was registered at the Ministry of Administration on 24th August 2010 and recently received governmental qualification by the Ministry of Development and Territory Planning on 22nd December 2015 as a Non Governmental Organization. DFA has a goal to contribute to the socio-economic development and better conditions for the communities based on the implementation of sustainable development projects agreed on at the national level. It also fights poverty through initiatives such as women’s empowerment, youth’s employment and entrepreneurship. 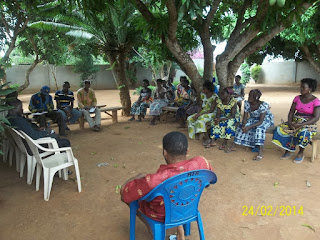 Development for All (DFA) has three main areas that it focuses on to impact the community positively. It works in the following focus areas to realize its vision and mission in Togo:
·         Sustainable development: Environment, Agriculture
·         Public health: HIV/AIDS/STI/SRH/FP
·         Youth employment and entrepreneurship

Current Projects
1. Varying domestic combustible by energetically revaluing of garbage in the Districts of Golfe and Zio in partnership with the France Embassy. This project consists of promoting the use of green energy for cooking at home. It is to help the community to produce and use biochacoal made of garbage and rice sticks instead of using charcoal from trees. The project is environmentally conscious as it aims at fighting deforestation and climate change. 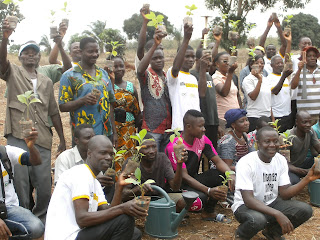 3. Comprehensive strategy to scale up the HIV/AIDS Prevention Program among the Togolese armed forces, veterans and their families in partnership with DHAPP via US Embassy in Togo. This project aims at fighting HIV/AIDS and other STIs by creating awareness, through BCC activities, and through counseling and testing among commercial sex workers in surroundings of military bases and camps in Togo.

4. Building artisans’ workshop for tailors in Lome in partnership with ILO (International Labor Organization). This project aims at promoting youth employment through entrepreneurship by recruiting young girls and boys who finish their apprenticeship as tailors but are not able to open their own workshops due financial and economic problems. They are offered an additional training for one year, they are provided with machines and other work materials and a workshop opened for them. 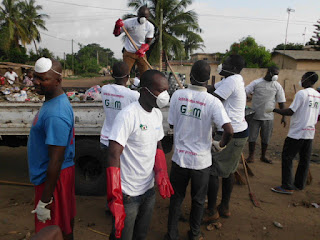 Challenges encountered
The main challenge always encountered is fundraising or gaining sponsorships from international organizations and funding agencies. With a very limited budget it is not possible to increase DFA’s activities or to extend the projects to reach many beneficiaries across the villages and towns.